Milo's Museum
We the People
Gingerbread for Liberty
Leave it to Abigail
What Does It Mean to Be American
Pete the Cat: Firefighter Pete
John, Paul, George, & Ben
A Fine Dessert: Four Centuries, Four Families, One Delicious Treat
Katie’s Trunk
Mumbet’s Declaration of Independence
Independence Cake

Revolutionary Story Time We the People

We the People: The Constitution Of the United States by Peter Spier is an illustrated copy of the preamble or introduction to the US Constitution. Discover the meaning to these important words. Click HERE for the lesson plan.

So what does the following mean?

We the People of the United States, in Order to form a more perfect Union, establish Justice, insure domestic Tranquility, provide for the common defence, promote the general Welfare, and secure the Blessings of Liberty to ourselves and our Posterity, do ordain and establish this Constitution for the United States of America.

Give this craft a try and practice making your own sampler.

– When you have settled on the words for your Constitution, write them up or print them up nicely, add artwork if you wish and remember to have all the members of your household sign it! 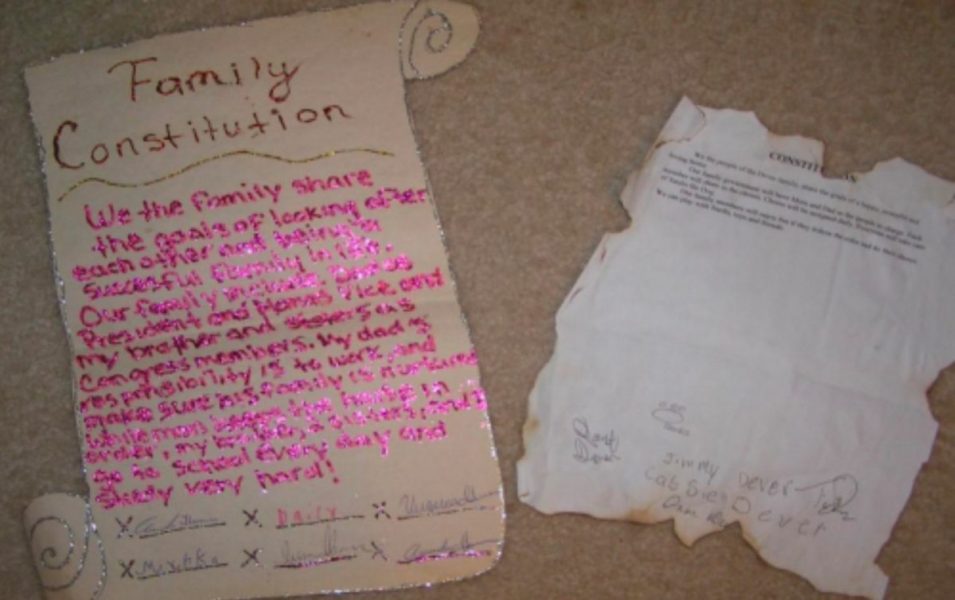 Previous Slide
Back to Program
Next Slide