Making the World a Better Place For All of Us

The Society of the Cincinnati

The Ladds and their Brick House

In 1714, Peter Coffin, Sr. gave all his land to his grandson, Eliphalet Coffin, including the hill overlooking the Squamscott River where the Ladd-Gilman House sits today. It is believed that this land was in Peter’s possession as early as 1690. By 1721, Eliphalet Coffin sold part of his land to Nathaniel Ladd who builds a brick house for his residence. Nathaniel lived here until the 1738 when he deeds his house to two of his sons, Josiah (who received the western half) and Elias (who received the eastern half). 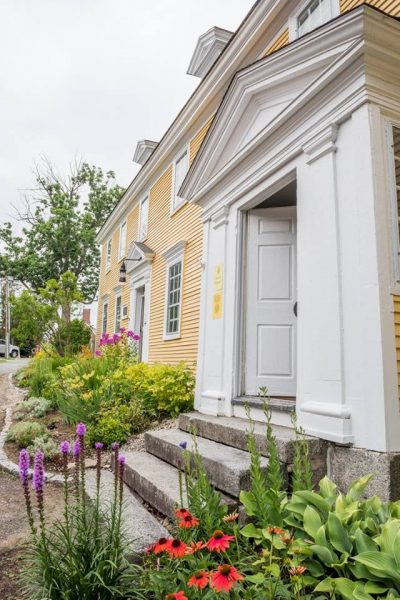 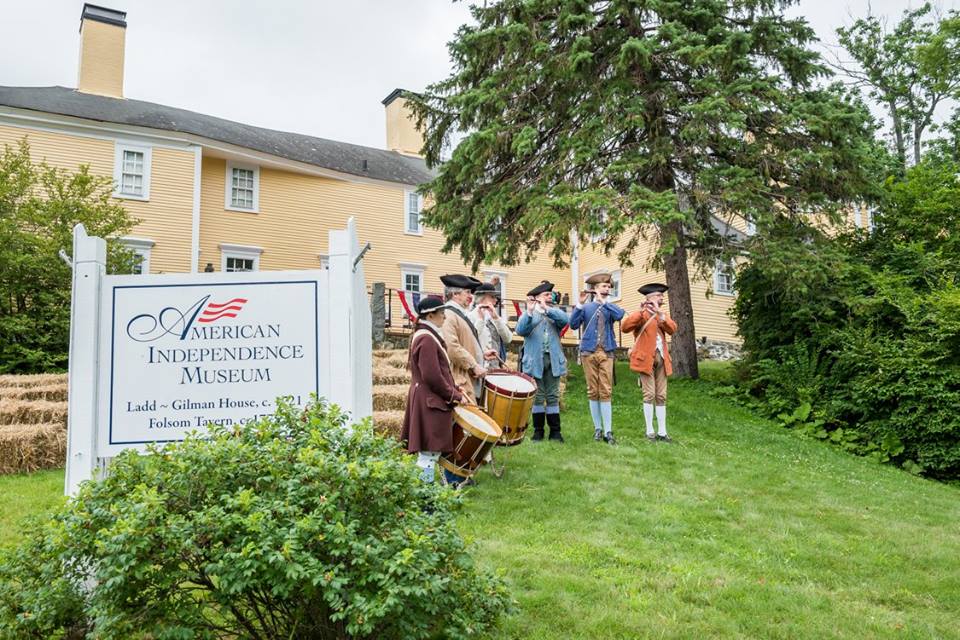 In 1747, Elias Ladd sold his eastern half of the house to Colonel Daniel Gilman, a farmer and trader. Sometime around 1750, Daniel began major renovations to the brick house, adding an addition off to the east, adding decorative features in several rooms, and changing the layout the western side of the house. Daniel then gifts his half of the house to his eldest son Nicholas Gilman and his new bride Ann Taylor, possibly as a wedding present. It was at this time the brick house was covered in clapboards; as the new addition was constructed out of wood, covering the entire building with clapboard made in uniform in appearance.

Josiah Ladd continued to own the western side of the house for another 30 years, but it is unclear if he live in the house with the Gilman family as he owned several other properties in the area. In 1773, Josiah gave his half of the house to his son Samuel, who deeded it to Nicholas Gilman in 1777.

During the occupation by the Gilmans, the Ladd-Gilman House held many different functions.  Nicholas Gilman and his sons John Taylor and Nathaniel served as the State Treasurer for New Hampshire with the State Treasury located at their home from 1775 to 1789.  With Nicholas’ passing in 1783, his eldest son, John Taylor, was given ownership of the house.  John is best known today for his time as New Hampshire’s governor, a position he held, on and off, for 14 years.  While governor, he lived in this house where it became known as the Governor’s Mansion.  It is sometime during John Taylor’s ownership that a summer kitchen was added to the western side of the house.

After John Taylor, the Ladd-Gilman House was occupied by various relatives.  The last Gilman descendant to own the house was John Taylor Perry, who lived in the house from 1883 until his death in 1901.  The Society of the Cincinnati, a fraternal organization started in 1783 for Continental officers, bought the house in 1902.  Adding a caretaker’s cottage in 1905, the Ladd-Gilman House became their meeting place and club house.

In 1985, a Dunlap Broadside, the first official printing of the Declaration of Independence, was re-discovered in the attic. One of only twenty-six copies known to exist today, the Society of the Cincinnati and the State of New Hampshire debated the ownership of the document over the next five years. The State claimed ownership because the document was sent by John Hancock to Meshech Weare, the head of the Committee of Safety in Exeter, a provincial government committee. The Society argued it had proper title to the document given that it was gifted to the Society in 1905 by a Gilman family descendant. 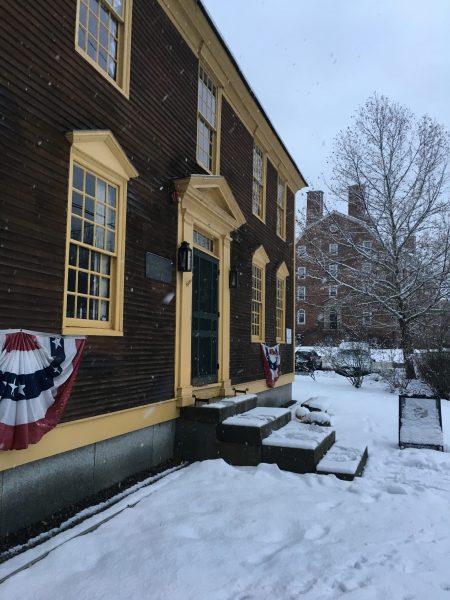 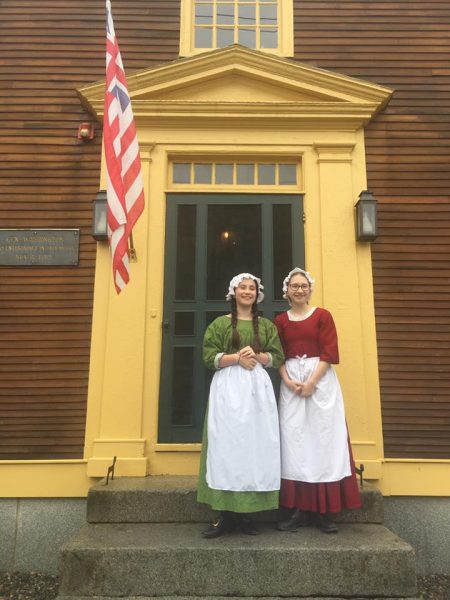 The Folsom Tavern was built by Colonel Samuel Folsom in 1775 in the center of downtown Exeter, where Me and Ollie’s is today.  Taverns often were converted private homes, but Samuel constructed his building to be a centerpiece of the town, with high ceilings, large windows, and elegant details.  Located in the center of town at the start of the American Revolution, it is no doubt that Samuel’s tavern played a major role in hosting government meetings and visiting politicians.

It was here at Folsom Tavern that the New Hampshire Chapter of the Society of the Cincinnati was founded in 1783.  Founding members and important statesmen, including John Sullivan, Nicholas Gilman, Jr., and Daniel Gookin, met regularly until 1791.  When President George Washington, shortly after his election to office, was making his tour of the northern states in 1789, he stopped here in Exeter early in the morning on November 4th.  He came through town and stopped at Folsom Tavern where he “partook in a collation” served by the Folsom family.

Samuel Folsom passed away in 1790 and left the tavern to his wife Elizabeth and three daughters Anna, Betsy, and Joanna.  They continued to run the Tavern, now known as Widow Folsom’s Tavern, until Elizabeth’s death in 1805.  After her death, her daughters did not use the building as a Tavern, but, at various times, lived in the building while renting out other rooms to tenants.  In 1856, the two remaining daughter, Betsy and Joanna, sold the Tavern to George Washington Dearborn.

It was during George Washington Dearborn’s occupation that the Tavern made its first of three moves. Front Street was to be widened to accommodate a trolley system and the Tavern was moved back to make room and placed on a high foundation. Dearborn used this new basement for a curiosity shop and museum of antiquities.

After his death in 1896, he gave the building to his acquaintance Elizabeth Ewer. She, along with renting the building to tenants, rented the basement space to a Chinese laundromat, wait station for the trolley, and the restaurant Washington’s Lunch.

In 1909 Elizabeth Ewer sold the Folsom Tavern to John Scammon and in 1929 Scammon sold the property to Stanford Oil Company, who slated the Tavern for demolition to make way for a gas station. Protests by Dr. Edward Otis on the loss of such a building led Scammon to sell it to the Society of the Cincinnati who, in the same year, move the Tavern to their property alongside the Ladd-Gilman House where our Spring Street parking long is currently located.

The Tavern sat vacant until 1947 when Foster and Martha Stearns occupied the building who offered to renovate and caring for the home in exchange for free rent. They worked to remove 1860s decorative features while making it a livable space, adding modern bathrooms and a modern kitchen. After the Stearns moved out in 1957, the Society leased the Tavern to Philips Exeter Academy to house their faculty.

In 2004, the Folsom Tavern made is last move to its current location, facing Water Street, and in 2007 was refurbished, bringing it as close as possible to what it would have looked like as its use as a Tavern in 1775. It now serves as a place for tours, a meeting place, and event space for the American Independence Museum.

The Society of the Cincinnati

In 1783, the Society of the Cincinnati was formed at the recommendation of Henry Knox who called for an institution of friendship among Revolutionary officers. These men swore allegiance to preserve the memory of their struggle and the freedoms for which they fought. The Society sought to perpetuate the friendships created among the officers during the war and offered financial support to officers who had neglected their personal businesses for the sake of the war effort. In total, 14 chapters were founded: 13 for each of the original colonies and one for France. 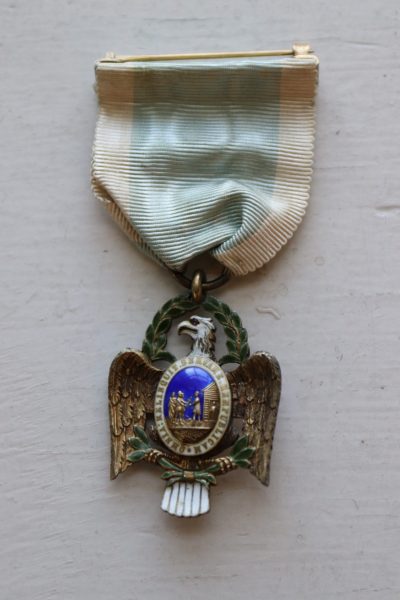 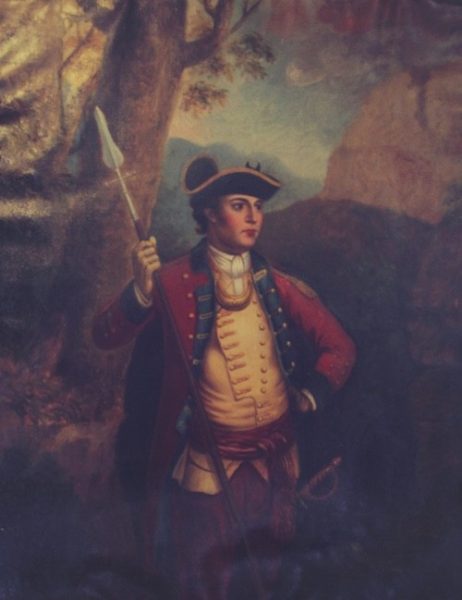 According to the Roman historian Livy, Lucius Quinctius Cincinnatus was a Roman consul and general in 460 BCE. When the Sabines attacked Rome in 458 BCE, the senate unanimously elected Cincinnatus as dictator for six months to eliminate the threat. After Cincinnatus successfully defeated the enemy in just sixteen days, he handed his dictatorial power back to the senate and returned home to his farm.

Many of the Founding Fathers’ convictions about republican government came from the Greco-Roman world. Cincinnatus was the archetypal virtuous republican to both the Romans and American Revolutionaries. Consequently, the parallels between Cincinnatus and George Washington were not lost on his peers. Washington, once the Revolutionary War concluded, relinquished his authority and became a private citizen and returned to his farm. Although he was exceedingly popular, as president he refused to run for a third term and once again returned home. Washington and Cincinnatus also led their respective armies without pay.

New Hampshire was the last American chapter to join ranks of the Society. The first members met at our Folsom Tavern in 1783. Later, as president, George Washington visited this tavern on his tour of the United States.

In the tavern, the New Hampshire Society elected its first president general of the chapter, Brigadier General John Sullivan. Sullivan served as governor of the state of New Hampshire, as well as New Hampshire’s first federal judge. Although a member since 1783, it was not until 1790 that he received his certificate of membership to the Society of the Cincinnati.

In 1937, the National Society established a non-profit to manage its programs and assets. Since 1938, the Society’s National headquarters has been located in the Anderson House in Washington D.C. Today the Society sponsors a variety of educational programs to promote scholarly and public interest in the history of the American Revolution. 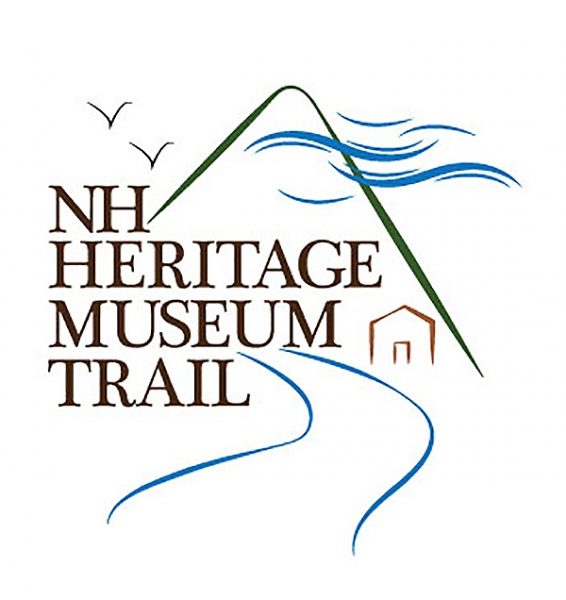